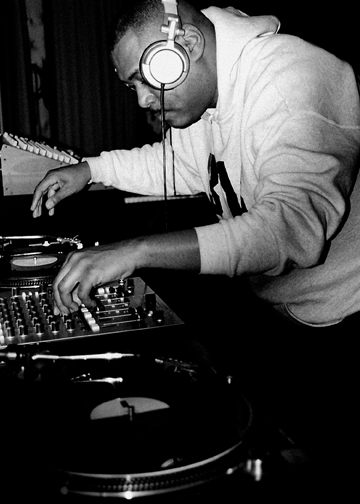 “The ability to work with little or nothing, and turn that into something, that’s what makes Detroit.”

Tresor, the Love Parade, M1, Club Yellow, and now Tempo, Mike Huckaby has played the biggest and best techno parties in the world. And each and every time, he represents Detroit to the fullest. Detroiters live and breathe their city, Mike is no different.

His record crate has both soulful house joints, and deep techno numbers. It takes a skillful DJ to blend the two, and on Jan. 29th at the Drake Hotel, he did it with ease and flawless execution. We were lucky to score an interview an hour before he went on, check it out!

Big thanks to Mike Huckaby, Dan the man at Tempo, and Erin Craig for the beautiful photo work!